I’m the resident signwriter at Swanage Railway, a heritage railway in Purbeck.Â This particular job involved letteringÂ a goods wagon that was built in 1904 and was operated byÂ the London and South West Railway.Â It has recently been restored and I let the experts guide me regarding the styles of lettering used andÂ placement, 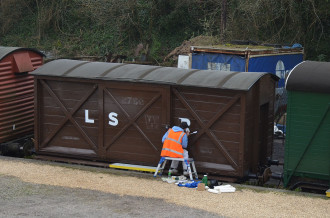 the letters were hand drawn based on photos and then painted onto the carriage. The wagon is currently on display at Corfe Castle station and doubles as a book shop on gala weekends.

I paint various signs around the railway, including directional signs and lettering on locomotives and rolling stock. 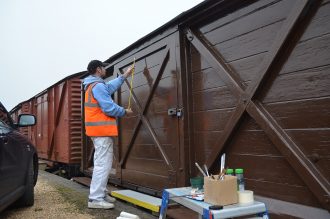 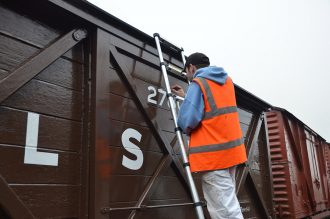 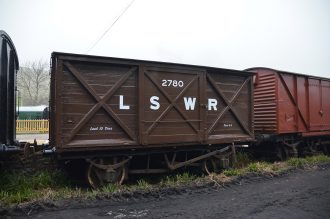 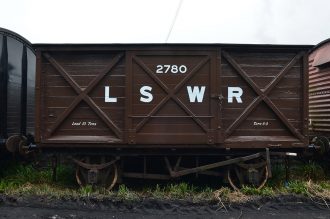